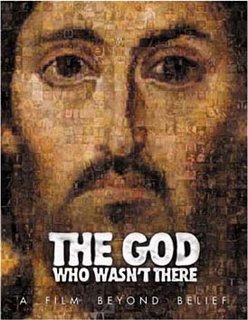 The God who wasn’t there
Did Jesus really exist? Former Christian Brian Flemming presents his elaborate arguments against it, treading ground that few would dare to. In this vicious attack, he explains how Jesus’s life was a collective work of storytellers, and not based on a real human being. Allegorical literature was famous back then… His life has Hero elements similar to Dionysus and Mithras.

From the wiki of Dionysus:
It is possible that Dionysian mythology would later find its way into Christianity. There are many parallels between Dionysus and Jesus; both were said to have been born from a mortal woman but fathered by a god, to have returned from the dead, and to have transformed water into wine. The modern scholar Barry Powell also argues that Christian notions of eating and drinking “the flesh” and “blood” of Jesus were influenced by the cult of Dionysus.

How Some Heros Scored on Raglan’s Scale:

Joseph Cambell talks about the Hero factor in Power of Myth, how myths and hero stories across different religions, races and eras have somewhat the same storylines. His ideas were borrowed by George Lucas when he created Star Wars. Is it possible that Jesus was fiction like the rest of them? But that’s too big a question. Da Vinci Code is risqué enough for most.

Google – Behind the Screen
It’s the most popular search engine in the world, a self improving, all knowing deity that has its finger on the pulse of everything on the web. It has its eye on you. It knows the things you search for, the websites you visit, now it knows intimate details from your personal life, what you talk about, who you talk to, and what your interests are. Can you trust Google not to be evil?

This Dutch documentary asks some nutty questions: Why is its book scanning technology that is using large chunks, the fruit of humanity proprietary to Google? What prevents Google from being big brotherly? What are the sociological implications of just having one source engine, with no opposing points of view? 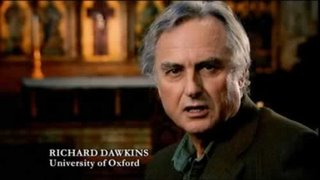 The Root of All Evil
Richard Dawkins, author of The Selfish Gene, amongst other things is a radical atheist who believes that religion is the root cause of the big divides in the world today, a polarising influence on people, the spreader of ignorance and bigotry; and directly opposed to reason and science. Yes Richard, we all know that. This thought has occurred to other men of science too, this is what Charles Darwin had to say about it to Karl Marx:

Regardless, this vicious attack against organised religion does have a few entertaining but futile jousting sessions against men of faith. Dawkins argues like a bully against religious fanboys, but his jibes fall short of delivering a KO punch.

Edit: But this cartoon does!

Orwell Rolls in His Grave

A bunch of media critics rant about how the America has lost its critical faculties ever since private media got deregulated during the Reagan Era. Public interests take a backseat, because the corporations that own the media houses also own the largest companies. This was best highlighted in The Insider, where a 60 Minutes expose on cigarettes was canned because of Philip Morris’s stake in CBS.

With the ruling class in their pocket, they unshackle FCC regulations, growing more centralised and corrupt. The documentary goes on to examine how some of the biggest coverups go untold, real investigative journalism is dead, or buried over by a web of glitz and trivia, and how the media system grows more and more like George Orwell’s 1984. Anecdotes include GW Bush’s coverup of the Florida elections, Reagan’s covert deal with Iran during the hostage crisis, and the tacit agreement between big media and neocons, both sweetening each others dealings since the Republicans took over.

This is very disconcerting:

Sir, No Sir! The GI Revolt
A lot of stories from the Vietnam war were kept secret. This documentary is about those that said no to their superiors, and rallied enough men together to create a large anti-war movement in the United States.