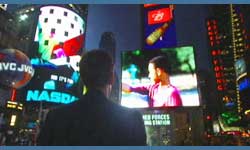 The Persuaders, a PBS documentary by Douglas Rushkoff takes on the advertising world, after it has accumulated considerable expertise at manipulating the subconscious, though focus-group oriented market research, cult and lifestyle creation. Made in 2006, this was before the advent of Facebook, yet, Advertising is a lot more refined than it was 30 years ago, yet, agencies are finding it difficult to survive on their own. Traditional advertising models no longer work, and this has resulted in massive consolidation, the big shark eating the smaller fish. Most agencies have lost their independence, and are allied to either Publicis, Interpublic, WPP, or Omnicom. Each of these agencies have dozens of PR and advertising agencies in their portfolio. As in any industry, such consolidation is a sign of maturity, and decline.

The world of advertising is in a Catch 22 phase right now. The more you bombard the consumer’s mind with messages, the more impactful the next advertisement has to be, in order to entice the consumer. Agency pitches, in their effort to be different now have a pseudo-spiritual edge; it’s no more about just selling goods, it’s about creating cults and lifestyles. Some of the more ambitious brand campaigns don’t even mention the product, selling the lifestyle instead, and imbibing the brand as a part of their personality.

The documentary follows the conception of Delta’s budget airline Song, a budget airline built around branding, targeted at hip professional women in the US. Apart from a cosmetic face lift, the brand message is inculcated into each Song employee with catchphrases like, “That’s so Song!” Sounds corny? Maybe you’re not the target audience.

Lifestyle marketing doesn’t always work. Some of the best brands are centred around a cult-like devotion for it, and this is what most brands vie for, the irrational love for symbols like the iPod, or Harley Davidson. In the case of Song, as the wiki shows, the idea failed miserably.

Conventional media like TV is being rendered obsolete , thanks to TIVO like gadgets that let you dodge advertising. So advertisers now place the product within the TV show or movie, and now you have dedicated agencies specialising in product placement. That FedEx package in Cast Away? Or that Starbucks plug in I am Sam? Agency money at work there. The infomercialisation of content happens daily in our newspapers, radio, TV, movies, and websites. 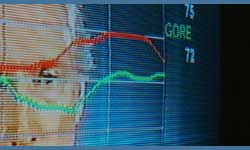 Cunning lingustics
Politics today is all about telling what people want to hear, in a language that takes the edge off some of the more hard-hitting words. Frank Luntz, head of Luntz Research Companies does focus group tests, to see how they react to certain keywords, and then recommends these words to political parties, who then pepper them in their speeches.

That’s how Global Warming became Climate change in Republican speeches, the Estate tax becomes the Death Tax. By crafting words exactly as to how the audience wants to hear it, politicians can achieve their own personal objectives.

The Persuaders is an excellent documentary that picks the brains of the brightest minds in the agency curcuit, tapping into subconscious ideas about luxury, exploring concepts like narrow-casting, and the future of database derived marketing.