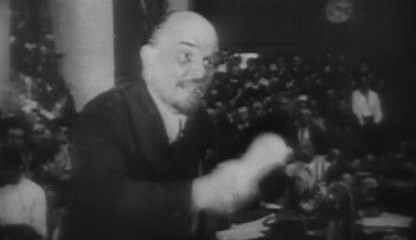 The early 19’th century was an era of free markets. It took one assasination for the whole situation to change, and the dust didn’t settle for 100 years. This documentary gets its title from Lenin’s proposal for a state run economy, when he suggested that he would leave small business alone, but leave the Commanding Heights for the state to manage. This idea was supported most leading economists at the time, and their herd mentality led democracies like India and the United States down that path. 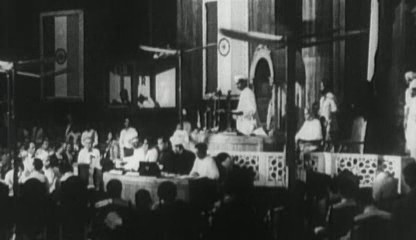 Managing the commanding heights led to many economic blunders, like India’s semi socialist economy, with its failed five year plans, pathetic growth rates, but most of all, some really mediocre television. Most Indians say it was greedy politicians that ruined it, but Indians aren’t an especially corrupt lot, really. On an average, a human being is capable of being just as brilliant, stupid, nepotistic, rasicst or corrupt as another.

There’s plenty of historic footage of nations and world leaders who adopted central planning, and admitting its failings. It was no longer controlling inflation, or creating growth in many countries. You see the decline and fall of many nations, US and UK’s gradual shift to free markets in the early 80’s, and economic disasters of many nations that tried to embrace the free market.

There’s a great quote in there: “In a capitalist society, you can create wealth, in a Socialist state, you can share poverty.” But ask the Argentinians, who enjoyed Second world status, creating a public sector driven powerhouse that employed millions, if the free market worked for them.
Their economy went bankrupt, billions of dollars were moved to offshore accounts, and many people were cheated out of their money.

The surrender from government control to investor control is also examined closely. Once productive sectors were sold off by their ailing governments for throwaway prices in broken Soviet states. Once in private control, layoffs soon followed, leading to large scale migration and turmoil. I’m sure that’s how Mr. Mittal got rich too.

While having a disscussion on this with my uncle, he said:”It’s human instinct to trade freely. You cannot go against nature. It’s anti-Darwinian.” But would India have its backbone without 40 years of state control? Any species, when insecure goes inward and insular. In the early years, India was weak, and it’s impossible to ignore the military aspects of the equation. The Soviets supplied us with arms, after all. And we liberalised just as USSR broke down. So much for our policy of Non alignment!

The documentary has footage of Narayanmurthy, explaining how it took him 40 rounds and many weeks, begging paper shuffling babus to get a computer worth $1500. How Hindustan Motors was making cars of the same design and same level of output even after 40 years. Without incentivising people or putting the fear of death on them, people just don’t want to work!

And when Poland became free, in less than a week, the people were out on the streets, selling eggs, clothes, sweaters, anything they had in surplus. Even after 50 years of state control, the human instinct still prevailed.

Both the big countries and small – India, Chile, Bolivia, Argentina, Thailand, USSR, Poland, Mexico, all of them get their time and are properly examined in their successes and failures while conducting their experiments with money. It’s from PBS, the closest thing the US has to the BBC, but it is still a paean to the power of free markets. Chomsky of course, would beg to differ. As would the suicidal farmers in Vidharbha, victims of WTO sanctioned agro-warfare. Or the military controlled workers who earn less than two dollars a day, making the MP3 players for the world’s favourite company.

It will be interesting to see how it all goes, as China and India slowly step up on the world stage and use their young population to out produce the rest of the world. Personally, I think Nationalism will die, and will be replaced by a pledge of allegiance to brands and multinational corporations. But it won’t make very good football. Or maybe it will. Would love to see who qualifies on a one-on-one in Team Heineken Vs. Team Pantene.