I’m sure the blogosphere has jumped all over it, but it’s an interesting read nonetheless, that is, if you’ve not read it.

This is a book excerpt from Al Gore’s new book – The Assault on Reason – and this chapter is about how television has hollowed out democracy, turning it into an image based circus, one long humiliation contest where keyword optimization turns speeches into uninspiring rubbish, where each candidate takes a safe, centrist view that will sound good to all sides of the spectrum. There’s a brilliant PBS documentary called the Persuaders by Douglas Coupland about on the same subject. Al Gore narrates his own experiences with campaign consultants.

My advisers made a recommendation and prediction that surprised me with its specificity: “If you run this ad at this many ‘points’ [a measure of the size of the advertising buy], and if Ashe responds as we anticipate, and then we purchase this many points to air our response to his response, the net result after three weeks will be an increase of 8.5% in your lead in the polls.”

I authorized the plan and was astonished when three weeks later my lead had increased by exactly 8.5%.

Television is a powerful drug, Terence McKenna had some wonderful talking points on the nature of the beast, his interpretation of The Medium is the Message is worth a watch.

“Television is a billboard, anybody who pays the money can put their message into the trip. This is an extraordinarily insidious situation. What Mc Luhan wanted to become I think, the founder of a general new sophistication about media. He was essentially parodied to dead by media. They made of him an icon of cultural incomprehensibility.“ 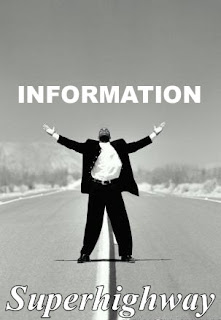 Al Gore throws in a reference to Amusing Ourselves to Death: The “well-informed citizenry” is in danger of becoming the “well-amused audience.” The only hope for democracy, Gore says is the Internet.

It’s a platform for pursuing the truth, and the decentralized creation and distribution of ideas…

For someone who’s savvy with Neil Postman, maybe he chose to ignore this speech by him, titled Informing Ourselves to Death. Politicians gotta give a positive spin to their rhetoric, or they wouldn’t be politicians.

The computer is, in a sense, a magnificent toy that distracts us from facing what we most needed to confront – spiritual emptiness, knowledge of ourselves, usable conceptions of the past and future. Does one blame the computer for this? Of course not. It is, after all, only a machine. But it is presented to us, with trumpets blaring, as at this conference, as a technological messiah.

Through the computer, the heralds say, we will make education better, religion better, politics better, our minds better – best of all, ourselves better. This is, of course, nonsense, and only the young or the ignorant or the foolish could believe it. I said a moment ago that computers are not to blame for this. And that is true, at least in the sense that we do not blame an elephant for its huge appetite or a stone for being hard or a cloud for hiding the sun. That is their nature, and we expect nothing different from them. But the computer has a nature, as well. True, it is only a machine but a machine designed to manipulate and generate information. That is what computers do, and therefore they have an agenda and an unmistakable message.

The message is that through more and more information, more conveniently packaged, more swiftly delivered, we will find solutions to our problems. And so all the brilliant young men and women, believing this, create ingenious things for the computer to do, hoping that in this way, we will become wiser and more decent and more noble. And who can blame them? By becoming masters of this wondrous technology, they will acquire prestige and power and some will even become famous. In a world populated by people who believe that through more and more information, paradise is attainable, the computer scientist is king. But I maintain that all of this is a monumental and dangerous waste of human talent and energy. Imagine what might be accomplished if this talent and energy were turned to philosophy, to theology, to the arts,
to imaginative literature or to education? Who knows what we could learn from such people – perhaps why there are wars, and hunger, and homelessness and mental illness and anger.