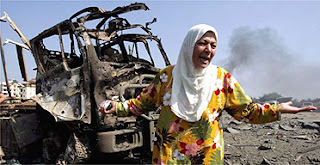 “What have you contributed to the world ? Anything of real substance? Nothing. Apart from brutal might and power… and your sickening culture that is as hollow and as empty as you are.”

What about that computer you are using madam, personal computing was an American idea, surely a good one, wouldn’t you agree? As was the Internet, a bonafide American idea, and what’s more, it was a military application at first! Also your blogger account, it was provided to you for free by Google.

We understand you are emotional but please control your feelings. How can you say American culture is hollow and empty? I present to you the dragonball z – bon jovi mashup, a pinnacle of cultural Japanese-American syncretism. Are you not entertained by this?

There is no pleasing you is there? In one wild insensitive stroke, you have dismissed the love and adoration of a million Transformers fans across the world. We fans, who enjoy cartoons, comic books, graphic novels, video games, science fiction and fantasy produced by the mythological-industrial complex.

American culture is empty? Just look at the sheer wordcount dedicated to just one character, Optimus Prime on Wikipedia. And while a million monkeys cannot produce a Shakespeare, they are free to edit Wikipedia articles about Megatron. I count this participatory mythology as a victory to democracy, and a blow to the Hindu caste system. Even Dalits can produce transformers fanfiction, would you know!

You weep for a pithy Sumerian artifact? American culture produces mythology that is millions of years old! 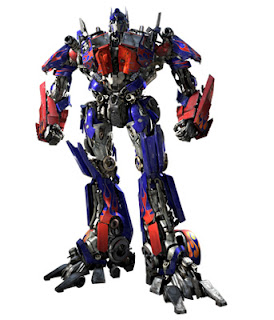 Optimus Prime began his life as a robot named Orion Pax, a mostly defenseless dock worker during the Golden Age of Cybertron nine million years ago, with a girlfriend named Ariel, and a best friend named Dion.

And before you rage against me, read this.

A forty foot (12.2 meter) statue of Optimus Prime has been found in Yunnan Province, China. It is located near several automobile dealerships. The Transformers cartoon was broadcast in China (PRC) from 1990 onwards and had a large following among youths of that generation.

Hundreds of years from now, this will be a UNESCO World Heritage site. May the heroic ideals of Optimus Prime and the other Autobots never be forgotten! Glory to Optimus Prime!