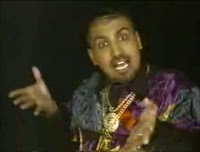 As I trudged my way to work this morning, I was confronted by one of those things that only NRI’s in Dubai are privy to: patriotic Pakistanis.

I saw at least 6 cars with Pakistani flags as decoration, one of them had the Pakistani flag with a picture of Mohd. Jinnah on it. There was one super patriotic car with flags on each side of the aging Mitsubishi Lancer, like they’d just had their own Alamo. As a non Pakistani, I found it quite absurd. What’s to love about Pakistan? Former cricketer Ian Botham once said, “Pakistan is where I would like to send my mother-in-law for a vacation.” This was during a losing tour where a massively dehydrated England team got their asses kicked, and Botham scrambled to high ground in a sport that the Brits will always be champs at: cold, snide sarcasm.

Patriotism is like poetry. Sacred only when it’s personal. To the outsider, it’s ridiculous and unbearable. Nobody is fonder of India than the ones who have left it for greenbacks. NRI’s mainly express their patriotism by feverishly following cricket scores, as evidenced by abundance of NRI Banking ads on cricinfo.com. But Cricket is not a very patriotic game, because it’s hard to celebrate a bunch of losers who are carted out on the first round by a country we liberated.

This was a tragic rift that the Yash Raj Dynasty (1970-current) identified, and capitalised on with Chak De India, a movie more patriotic than that Pepsi Ad. The formula is quite simple: strip a game of its essence, replace it with a steroid shot of jingoism, add a copious smearing of drop D guitars (because nothing expresses youthful exuberance like a bone crunching guitar riff), and provide a roller coaster ride of drama that you know will end well, because heck, this is a goddamn Bollywood movie.

It’s a story of personal redemption of Kabir Khan (Shah Rukh Khan) who misses a penalty shot in the Hockey final to Pakistan and is then branded a traitor by the news media. After a 7 year exile, he returns to craft a fractious women’s hockey team into world champions.

I’ve had the misfortune of seeing SRK (of the quivering eyebrows fame) before, and he is still the reigning champ of hamming, ever since Sivaji Ganesan threw in the towel. Here’s what the press release has to say about his beard: “Shahrukh Khan will be seen sporting a beard in the film. According to him in a recent interview, Shahrukh plays a guy who is hurt in life.”

The feel good factor is very important – When Rang De Basanti came out, Shankar Mahadevan made press statements like “Be the Change”, like a movie is supposed to incite a youth revolution, with Chak de, every viewer is made to feel like he is noble for supporting a sport that is not cricket.

There’s a catch phrase (Chak De!) a flag, and a championship that we win in 3 hours. I’m sure we can all get behind that. A movie that provides the orgasmic dopamine rush of victory for the price of a ticket and a big bag of chips and popcorn.

But I’d be a liar if I told you I didn’t enjoy the movie. There’s a definite improvement in the standards of moviemaking, and it seems encouraging, like the Indian 8% growth rate, but this only gets us as far as that Adam Sandler movie, the Longest Yard. However, this movie inspired me to think of one issue that is at the heart of every scenester in India. How do we support and promote Indian rock?

Nanditha Sashidharan of No Idea has a facebook forum dedicated to this very issue, and I’m glad to have her know that I’ve figured it out. In fact I’m gonna scrap her and let her know of this revelation after I hit publish.

Have you ever seen regional sports championships on Doordarshan? It’s a really depressing state of affairs, with empty seats and the sounds of crows echoing through the stadium. You get all these Indian rock bands a bunch of amplifiers and have em play bone crunching nu-metal riffs all day. If the zeitgeist of Indian culture – Bollywood is okay with metal riffs, sports organizers will have no moral policing issues accommodating struggling Indian bands that cover Lamb of God and Metallica. Trust me on this one: scenesters who will show up at any place where there is music, instead of empty stadiums you will have crowds of stoners pulling chillums and rooting for whoever is polevaulting or shotputting. Even archery and table tennis can billiards can do with a solid dose of heavy metal.

So this is my advice to all you bands: I’m talking to you Bhayanak Maut, Scribe, Skincold, Pin Drop Violence and Demonstealer. Get talking to these sports organisers. Hit the long tail yo.